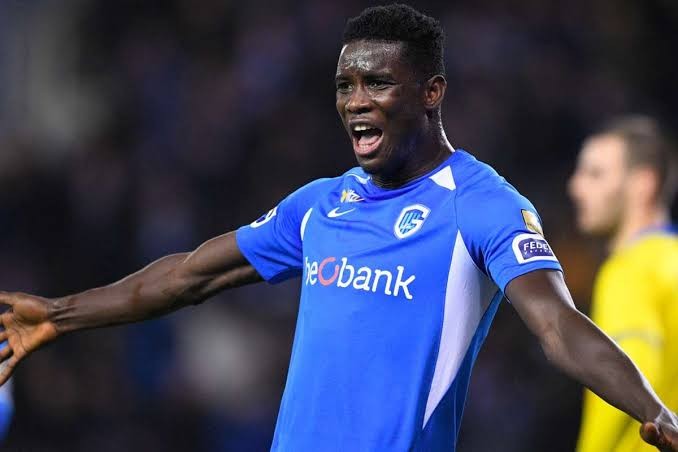 KRC Genk are convinced that prolific target man Paul Onuachu is worth more than €20 million, with the club expressing the intention of making the Nigerian the most expensive outgoing transfers in their history.

Genk are renowned as a club that acquires players on the cheap, helps them develop over time, and sells them for a significant profit.

But the most considerable fee received by Racing for any of their players was when Sheffield United paid €23 million in 2019 to acquire the services of Norwegian midfielder Sander Berge.

But that outlay is about to be dwarfed by Onuachu, who has seen his stock risen massively over the past twelve months.

The ex-Midtjylland star has smashed in 33 goals for club and country, with his latest double in his side’s 3-2 defeat to Antwerp, the 29th league goal this term.

Genk’s sporting director Dimitri De Condé admits the club will not stop the 26-year-old from leaving this summer, but it would be on their financial terms.

“How much is he worth?” De Conde told the RTBF.

“I’m not giving a sum… 20 million euros? No, this is not an exaggerated figure … And yes, we have in mind to make the biggest transfer out of the history of the club.”

CHECK IT OUT:  Huge Relief In The Music Industry As Davido Forgives Zlatan Ibile, Begins Following Him Again

Scottish giants Celtic and French side Olympique Lyon are among the top clubs reportedly interested in signing Onuachu in the summer.

The FC Ebedei product has a contract with Racing Genk until the end of the 2023-2024 season.