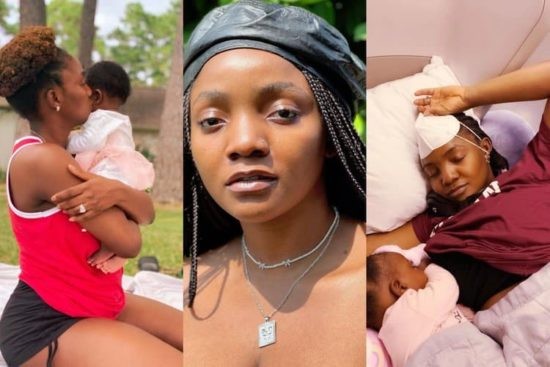 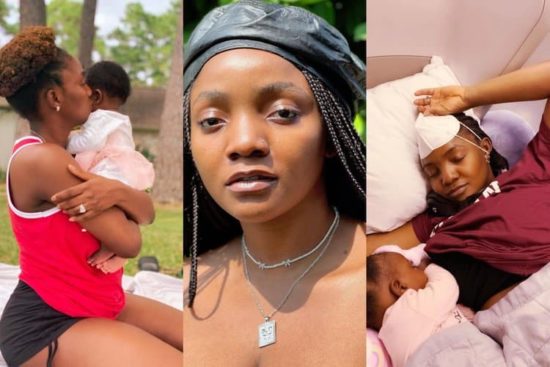 Popular Nigerian music superstar Simi never ceases to amaze her fans with new updates on how she and her daughter, Deja, are fairing.

In her recent Instagram story, the ‘Duduke’ hitmaker had just revealed how her daughter, Adejare ruined her vocals when she was recording new music.

She stated that although her daughter’s voice popped into the recording, she will leave it for her fans to hear it.

According to Simi, she just sang the line, “nobody stressing me, ” then Deja started crying. Well, that goes to show her daughter is stressing her.

She wrote: “So I’m writing a song. I start recording. Immediately I sing the line “nobody stressing me”, Deja starts crying. Lol. Gonna leave her voice in there so people know I’m lying.”

Check out the screenshot below: 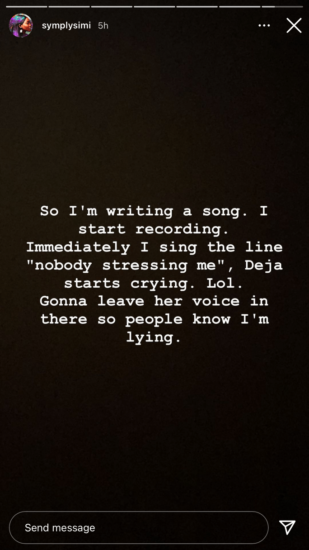 The post Simi reveals how her daughter spoilt her song recording and why she will leave it for fans to hear it appeared first on .

CHECK IT OUT:  BREAKING:- Aye Axe-Men Cultists Attack Zlatan Ibile At A Show In US (WATCH VIDEO)