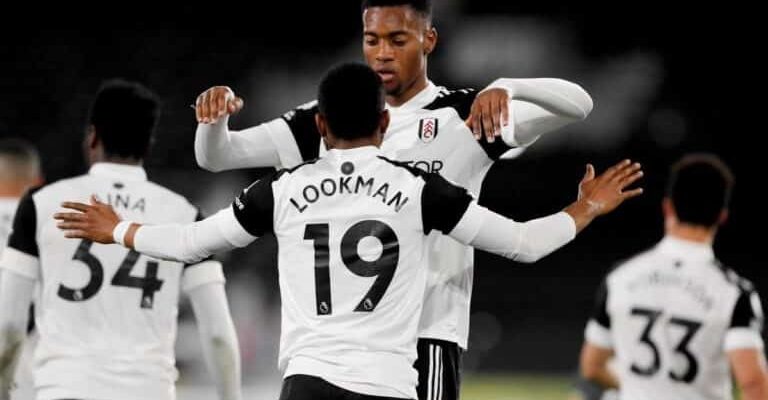 Fulham have had a disappointing campaign on their return to the English top-flight, but Ademola Lookman has been one of the few shining lights in the team

Super Eagles target Ademola Lookman will leave Fulham at the end of the season should Scott Parker’s men fail to avoid relegation from the Premier League.

Fulham remain stuck in relegation waters after winning only five of 34 league matches played so far. The Whites have lost five of their last six games to fall nine points behind Newcastle in the race for survival.

The three Nigerians actively involved in Fulham’s struggles are all on-loan at the club, including Torino’s Ola Aina, Bordeaux’s Josh Maja, and Leipzig’s Lookman.

Lookman has been one of the Cottagers’ most creative outlets, with the former England youth international contributing eight (four goals, four assists) out of the club’s 25 goals scored in the top-flight.

But according to a Guardian report, Lookman will likely return to his parent club Leipzig in the event of a Fulham demotion.

The 23-year-old didn’t impress the Germans the last time there, but he could be afforded the chance to impress newly-appointed manager Jesse Marsch.

Leicester City are also reported to be interested in the young forward, but Leipzig will only let him join a club that can part with 17 million euros for the exciting talent.

Lookman still has a contract in Leipzig until 2024.

CHECK IT OUT:  Update! DSS Explains Why Sowore Is Still In Custody Despite Fulfilling His Bail Conditions