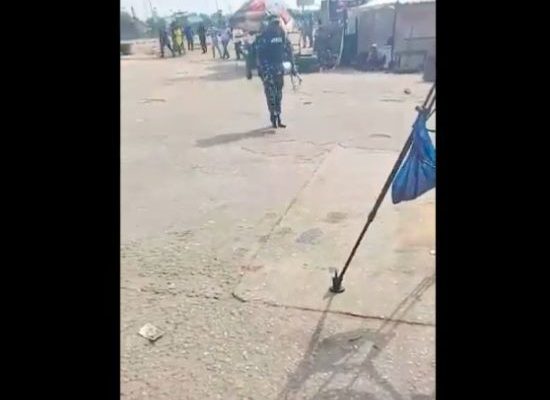 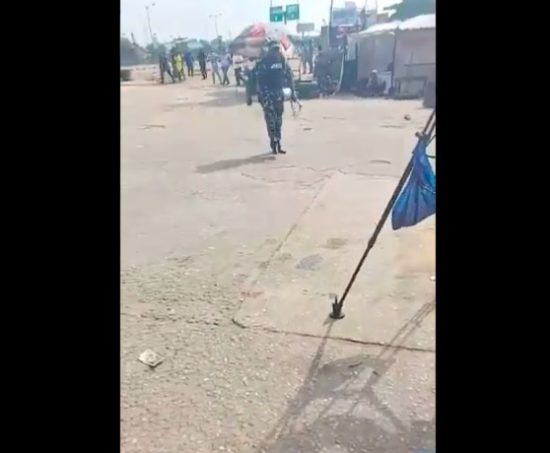 A Police officer in Lagos has been caught on tape threatening Journalists over their coverage of the June 12 democracy day protests going on all over the country.

In footage making rounds online, a female journalist is seen trying to prevent the police from arresting her colleague as she repeatedly told them he was a journalist, a plea that fell on deaf ears.

Shortly after, a police man is seen disrupting a group of journalists carrying out a live coverage of the protest. He threatened to shoot the journalists.

“I go fire you now! Move out of the place”, the police officer clad in a bullet proof vest is heard saying.