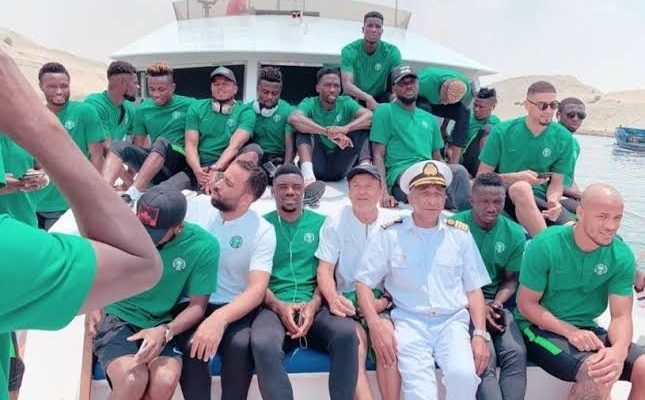 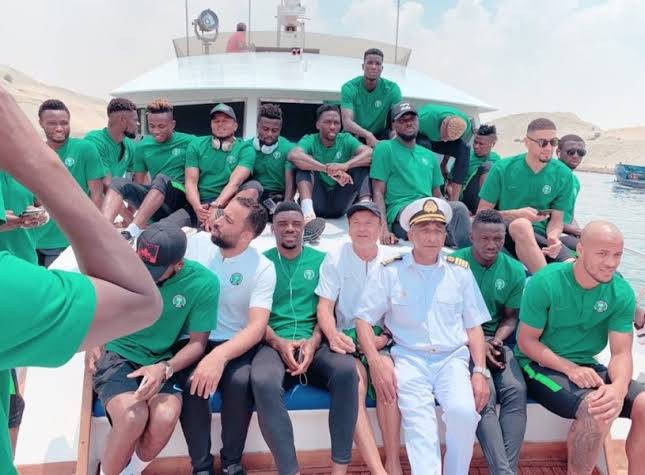 The Lagos State Government has announced plans to transport the Super Eagles to Cameroon by sea for the 2021 African Cup of Nations (AFCON).

Speaking to newsmen on Tuesday, June 15, the Lagos State Ferry Services (LAGFERRY) Managing Director, Abdoulbaq Balogun, said the decision comes after the success recorded when the Super Eagles were ferried to Benin Republic for the AFCON qualifying match in March.

The tournament is scheduled to be hosted by Cameroon, and will take place from January 9 to February 6, 2022.

“We plan to take Nigeria’s Super Eagles to Cameroon for next year’s Nation’s Cup after achieving that of Benin Republic- this is a goal we have set for ourselves.

“While onboard, you get to enjoy free Wi-Fi; there is also USB pot and a lot of side entertainment and side attractions enabled by technology.

“It was a major milestone for us to transport the Nigeria’s National Team to Benin Republic through the waterways.

“Coming on board LAGFERRY enroute international route to Benin Republic is a mind blowing experience we were excited to be part of it,” Balogun said.

According to him, the players expressed excitement during the voyage, and such added to their productivity.

“It reflected on the field of play and it showed on their performance because they came out victorious in the game,”

“Also, one can get rejuvenated while on board and there is no pollution on the waterways which is another added advantage,” he added.

The post 2021 AFCON: Super Eagles to travel by boat to Cameroon for tournament appeared first on .

CHECK IT OUT:  “I Had No Other Choice” – Super Eagles Hopeful Confirms Return To Turkey From Spain