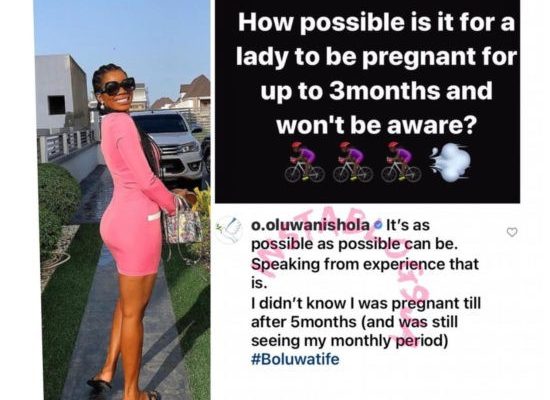 WizKid’s first babymama, Oluwanishola Ogudu has once again taken to social media to speak on her pregnancy process.

In a now-deleted post, Shola reacted to another post asking how possible it is for a lady to be pregnant up to 3 months without being aware.

She then revealed that she was pregnant with her first son, Bolu without knowing till after five months.

She further stated that during the five months of being unaware, she was still seeing her monthly period.

“It’s as possible as possible can be. Speaking from experience that is. I didn’t know I was pregnant till after 5 months (and was still seeing my monthly period) #Boluwatife.” 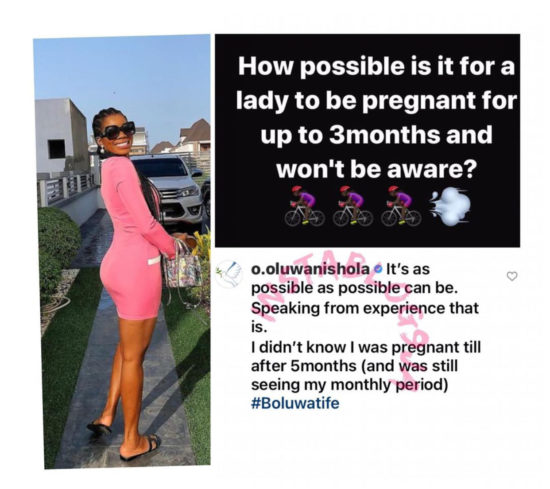 The post I Didn’t Know I Was Pregnant With Bolu Till After 5 Months — Wizkid’s 1st Babymama, Shola appeared first on .