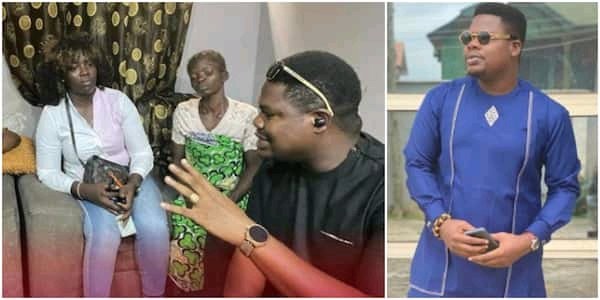 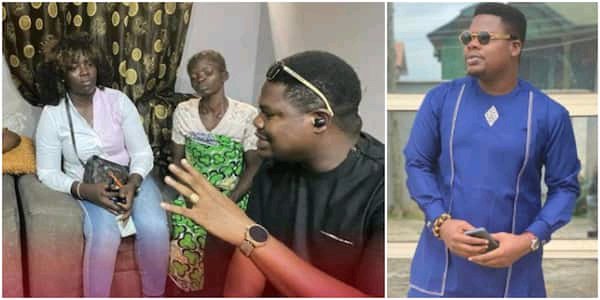 On July 3, 2021, the Yorubannation rally in Lagos became chaotic and a teenager, Jumoke said to be 14 years old was reportedly killed by a stray bullet.

Popular comedian, Mr Macaroni has reached out to the family of the girl who revealed that she was the breadwinner who took care of her mum and three siblings.

The comedian shared a photo from his visit to the home and in his caption, revealed that the family was devastated by the death of the girl who worked as a sales attendant.

He continued by saying that he donated 500k to the family with hopes that Nigerians will also support the family.

Mr Macaroni disclosed that an earlier visit paid to the family showed their poor living condition and pleaded that they should not be left to return there.

He also noted that the government and police were yet to take responsibility for the girl’s death and the poor family has been saddled with every financial responsibility in trying to get justice.

“I visited the family house of Late Jumoke Oyeleke, the young lady who was killed by a stray Bullet at the Yoruba Nation Rally. The family are grievously mourning the death of Jumoke who was the bread winner of the house. She worked as a sales attendant in a beverage store and used the little she earned to take care of her mother and 3 siblings. I visited their family house with Dabira and donated N500,000 to support the family hoping that fellow Nigerians would also kindly support them as they go through this unbearable loss.”

CHECK IT OUT:  AWWN!! See How This Man Proposed To His Girlfriend In The Middle Of A Fight (Video)