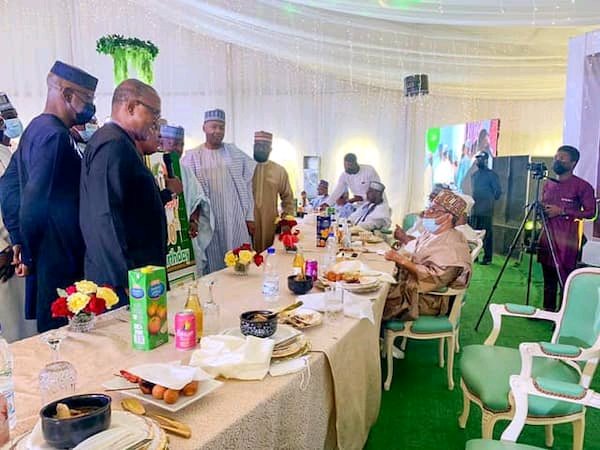 Shortly after Obasanjo arrived in Minna for the 80th birthday celebration of Babangida, he led other dignitaries into the meeting which was held behind closed doors.

Obasanjo was said to have arrived in the hilltop mansion of the former military president at about 9 am went into the closed-door session with other dignitaries like former minister of Defence, Gen Aliyu Gusau (rtd) and General Aliyu Akilu (rtd).

Daily Sun newspaper reports that there was a beehive of activities at the hilltop mansion of Babangida during his birthday celebrations.

The report noted that as early as 7:00 am, friends, associates, well-wishers, and family friends were trooping into the house in solidarity with the retired general.

Moreover, Saraki on his Facebook page spoke on how he and some notable Nigerians who were present in Minna celebrated with IBB

CHECK IT OUT:  WE WANT HIM!! Real Madrid’s Poor Preseason To Force Move For Pogba