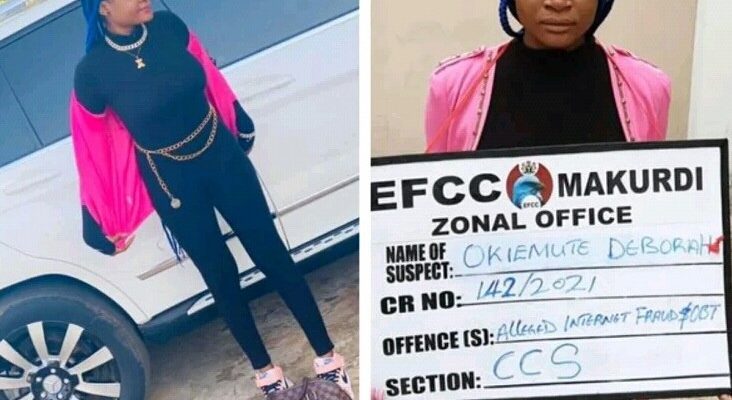 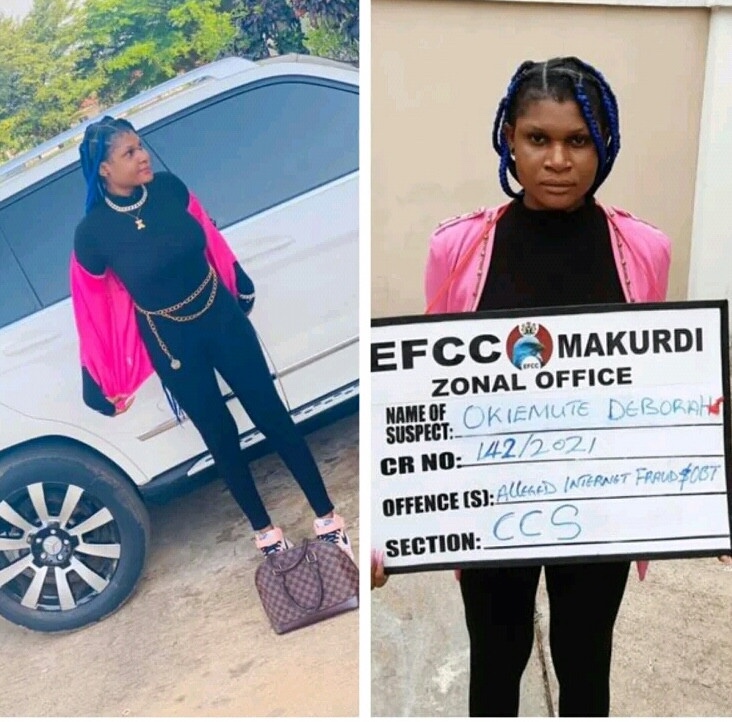 The Makurdi Zonal Command of the Economic and Financial Crimes Commission, EFCC, on Thursday September 2, 2021 secured the conviction of the duo of Deborah Okiemute and Damisa Gideon (aka Captain Kim Lee) for offences bordering on personation and internet fraud.

Recall that Ms Okiemute, a Benue State University graduate, was arrested in Makurdi for internet fraud shortly after she flaunted her lavish lifestyle on Facebook. 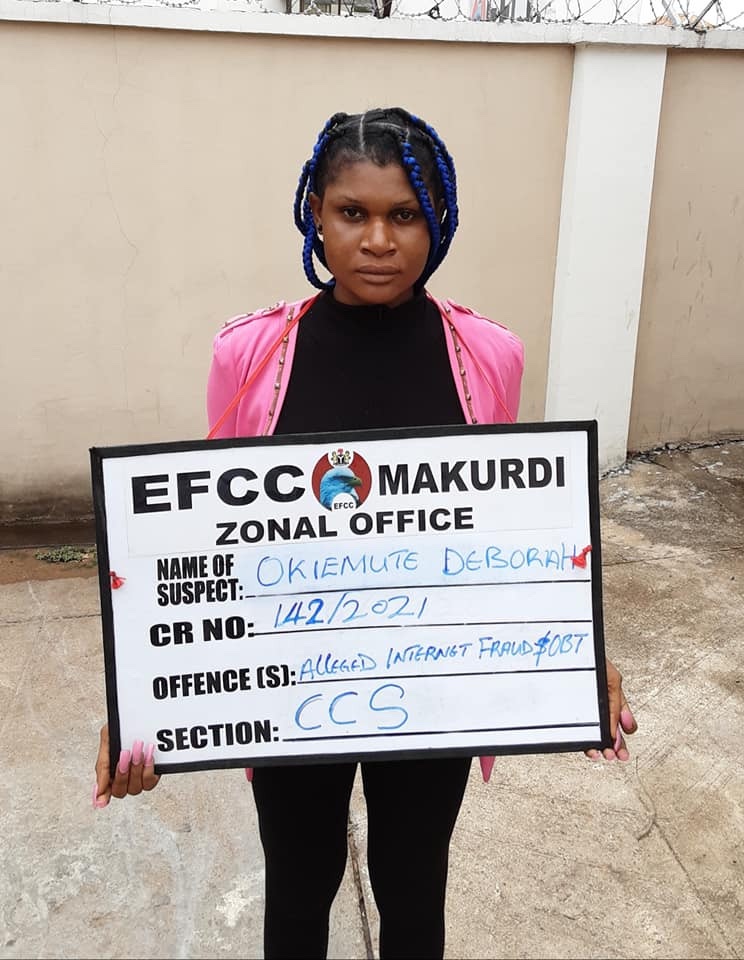 Justice Obiora Atuegwu Egwuatu of the Federal High Court, sitting in Abuja convicted and sentenced the defendants to various jail terms, having found them guilty of the separate charges brought against them by the Commission. The charge against Damisa reads:

“That you, Deborah Okiemute, sometime in November 2020, at Makurdi, within the jurisdiction of this Honourable Court, did by concealment retain the control of the sum of Four Hundred and Seventy One Thousand Naira (N471,000.00) only, in account No. 0102333502, domiciled in Access Bank Plc belonging to you, being the proceeds of a criminal conduct on behalf of one Nelson Irobo, knowing that the money is as a result of criminal conduct by the said Nelson Irobo and thereby committed an offence contrary to Section 17(a) of the Economic and Financial Crimes Commission (Establishment) Act, 2004 and punishable under Section 17(b) of the same Act”.

The charge against Gideon read:

“That you, Damisa Gideon (aka Captain Kim Lee) sometime in May, 2020 at Makurdi, within the jurisdiction of this Honourable Court fraudulently impersonated one Kim Lee of the US Army Air Force Base from California via your email, [email protected] and obtained the sum of Eleven Million Naira (N11,000,000.00) only, from one Kim Soo Yeon (A Chinese Citizen) and thereby committed an offence contrary to Section 22(2)(b)(ii) of the Cybercrimes (Prohibition, Prevention, etc) Act, 2015 and punishable under Section 22 (2) (iv) of the same Act”.

CHECK IT OUT:  You Stirred Up Something In Me, I Won’t Forgive You If You Are Evicted – Liquorose To Emmanuel

The defendants pleaded ‘guilty’ to their respective charges.

Following their pleas, the prosecuting counsel, Mary Onoja, reviewed the facts of the cases and tendered documents printed from their email addresses, iPhones and laptops, as well as their statements, which were admitted in evidence.

Delivering judgment, Justice Obiora said “from the totality of the evidence placed before the Court, the plea of guilt entered by the defendants as well as their statements where they confessed to the crime, the Court believes that the prosecution has proved its case beyond reasonable doubt.

The judge after pronouncing the two guilty, sentenced Deborah Okiemute to three years in jail with an option of fine of N100, 000.00 (One Hundred Thousand Naira)

Similarly, Damisa Gideon was sentenced to one year imprisonment with option of fine of N500,000.00 (Five Hundred Thousand Naira Only).

The convict is to forfeit his white-coloured Mercedes Benz GLK 350 with registration number ABJ 338 DB and VIN No. WDCG8HBP3AF357583 valued at N10 Million Naira to the Federal Government of Nigeria. The said vehicle shall be sold through public auction by the Economic and Financial Crimes Commission and the proceeds paid into the coffers of the Federal Government of Nigeria. 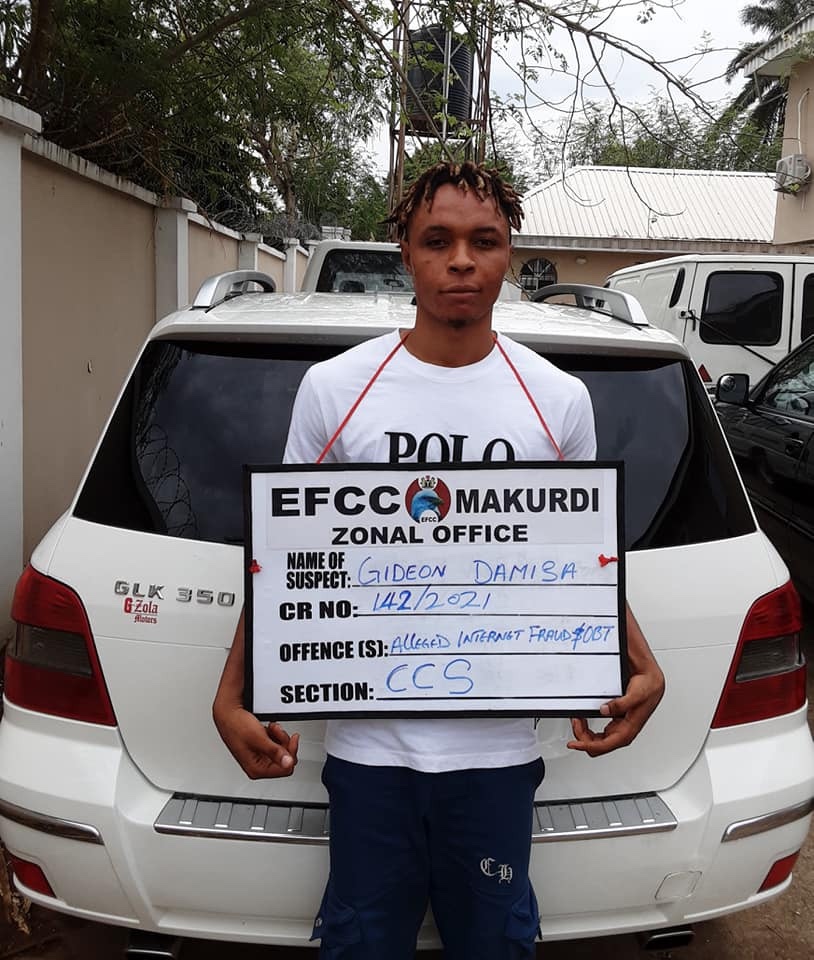 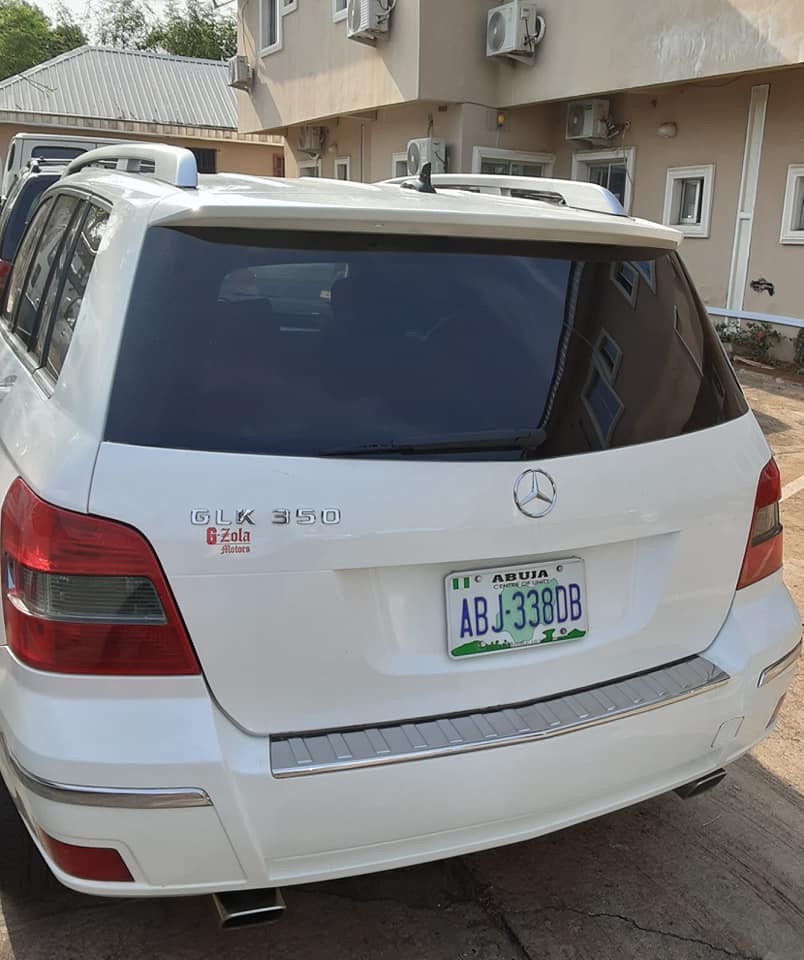 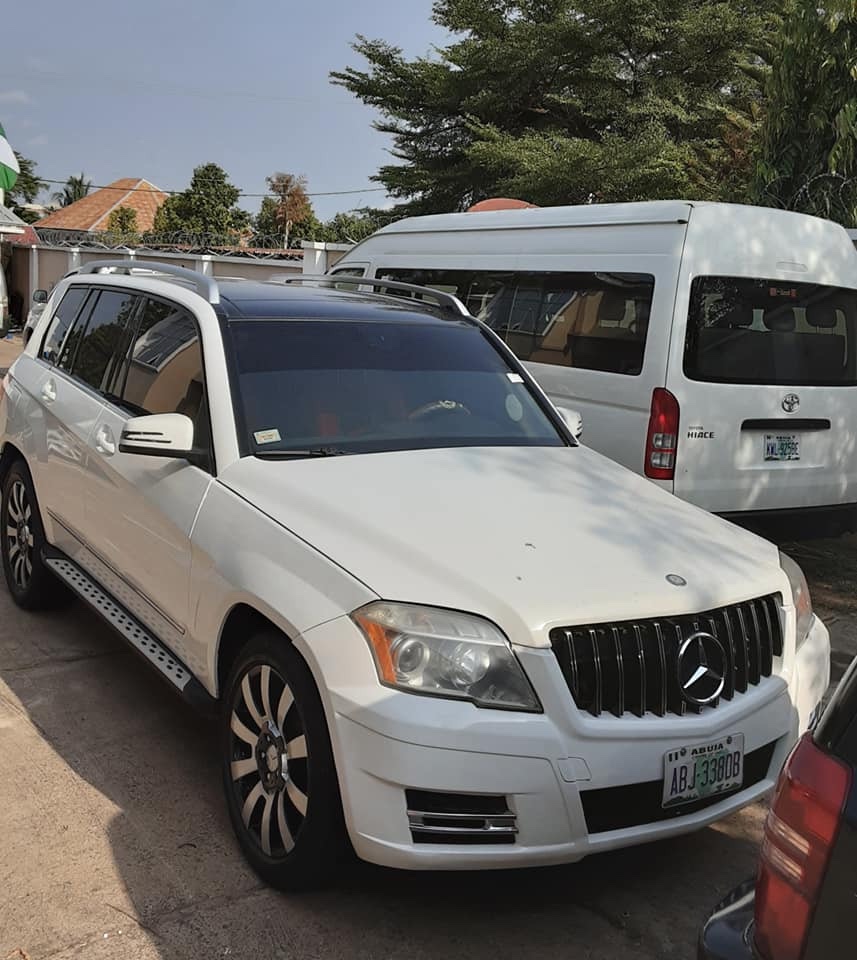 The post Update: ‘Slay queen’ arrested by EFCC shortly after showing off, sentenced to three years in prison for internet fraud appeared first on .