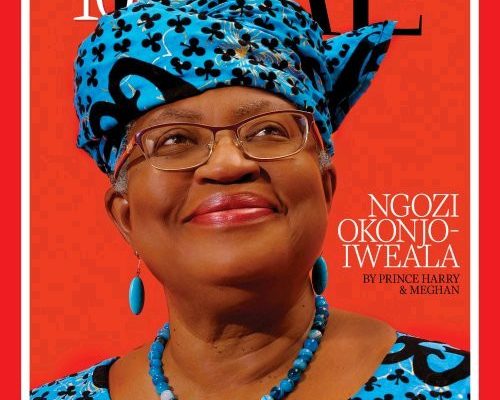 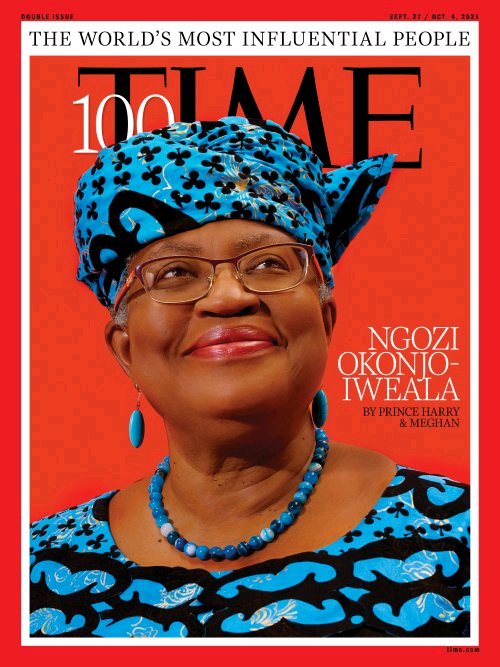 TIME has published its annual list of 100 Most Influential People of 2021 and this year, the first African and first woman to lead the World Trade Organization Ngozi Okonjo-Iweala and Beninese singer-songwriter Angélique Kidjo are on the list among other activists, innovators and achievers worldwide.

The prestigious list is segmented into six categories which are the Icons list including Prince Harry and Meghan Markle (The Duke and Duchess of Sussex), Naomi Osaka, Britney Spears, Dolly Parton; the Pioneers list including Billie Eilish and Ben Crump; the Titans list including Angélique Kidjo, Simone Biles, Tim Cook, Shonda Rhimes, Timbaland and Swizz Beatz.

Describing Ngozi Okonjo-Iweala in the article, Prince Harry and Meghan, The Duke and Duchess of Sussex wrote:

What will it take to vaccinate the world? Unity, cooperation—and leaders like Ngozi Okonjo-Iweala.

As the first African and first woman to lead the World Trade Organization, a 164-member group of nations that oversees trade across the world, Okonjo-Iweala took on the role of director-general this March at a watershed moment for our global health and well-being. Make no mistake, her job affects every person, family and community.

As we face a constant barrage of vaccine misinformation, bureaucratic slowdowns across both government and industry, and the rise of variants that underscore the urgency of the situation, Okonjo-Iweala has shown us that to end the pandemic, we must work together to equip every nation with equitable vaccine access.

Our conversations with her have been as informative as they are energizing. This is partly because, despite the challenges, she knows how to get things done—even between those who don’t always agree—and does so with grace and a smile that warms the coldest of rooms.

The fragility of our world right now cannot be overstated. Just over a quarter of the nearly 8 billion global population is fully vaccinated.

Achieving vaccine equity is a global duty of compassion for one another. Our hope is that guided by strong leaders like Ngozi, we can get there soon. 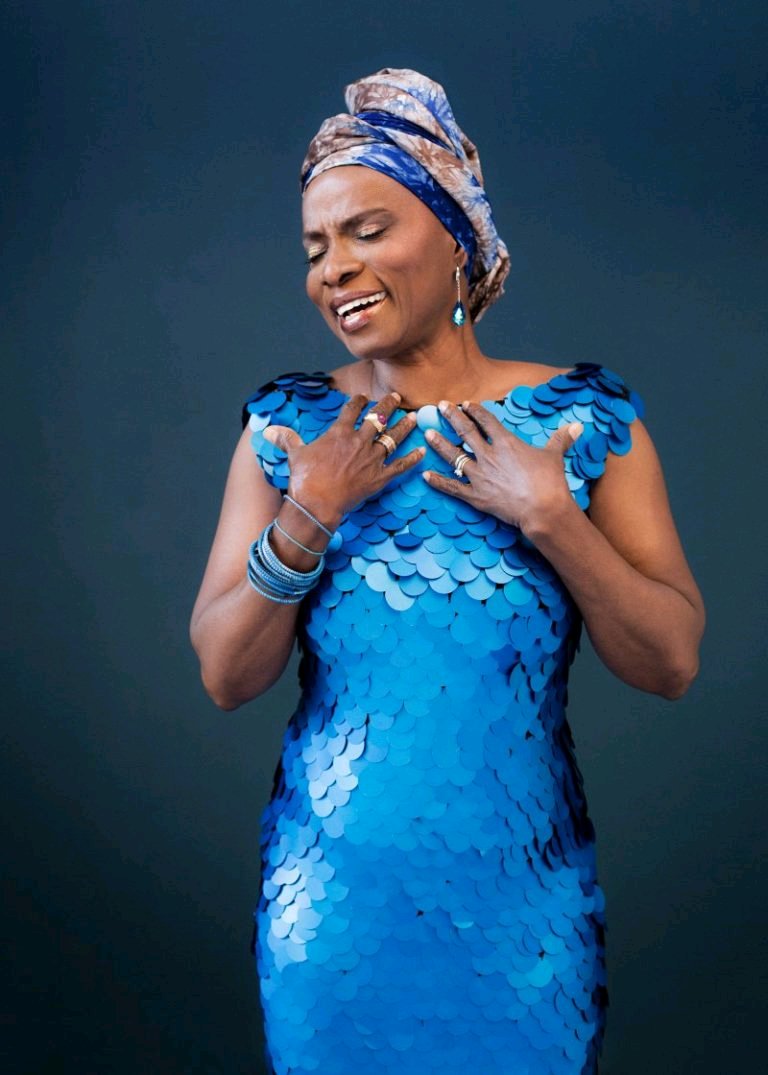 Alicia Keys also had this to write about Angélique Kidjo:

CHECK IT OUT:  JUST IN!!! Sanwo-Olu Leads Walk Against Domestic, Sexual Violence

To be able to witness Angélique Kidjo in her element is a gift. When we were collaborating on a song for her latest album, Mother Nature, it felt both magical and natural—like we were sisters in the studio. She taught me how to dance to African music with her, and would walk me through the steps and rhythms like an absolute firecracker.

Her ability to blend cultures, creating a soulful sound that is out of this world, makes working with her and listening to her so special. It doesn’t matter where you are—you hear her, and you become alive. She electrifies people.

Through Mother Nature—which features collaborations with the next generation of African musicians—she continues to uphold her mission of bringing forth incredible people and giving them a chance. It’s meaningful for someone like Angélique to say to a younger artist, “I love you, and you’re amazing. Here’s an opportunity for everyone to hear you.” The grace she exudes toward her fellow creators, and to humankind, is a reflection of her vibrancy, kindness and generosity. Angélique is as real as they come.