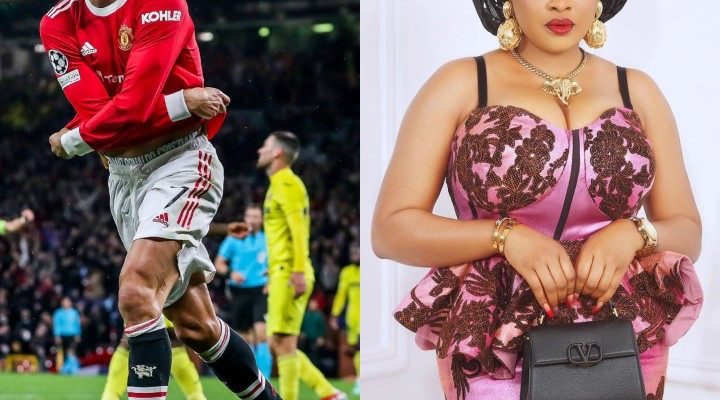 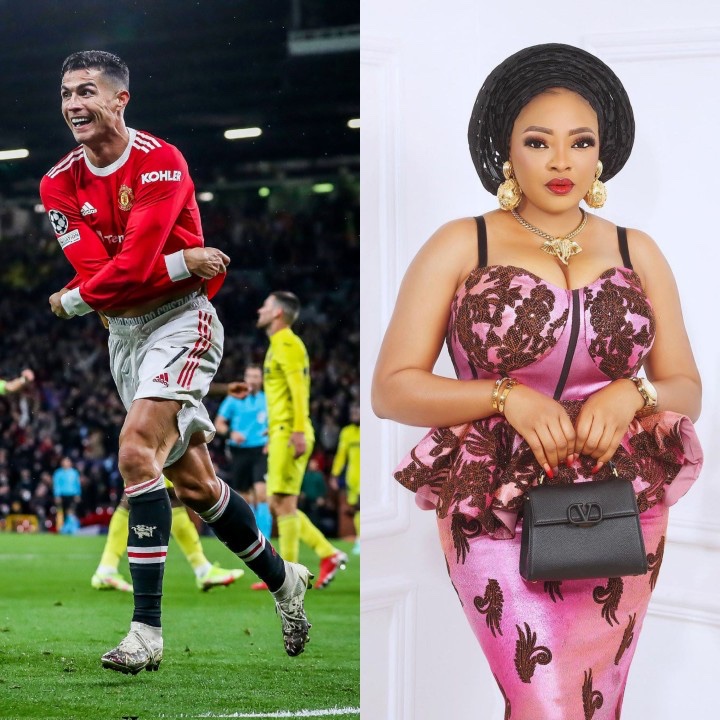 Funmi Awelewa, a Yoruba film star, and producer, could not contain her joy when she discovered that Cristiano Ronaldo Portuguese football legend was among the list of people who had recently viewed her Instagram Story.

Among the viewers was the celebrated football star whose Instagram page she proceeded to open, in a bid to prove to fans that he really did view her Instastory.

@Funmiawelewa captioned:
“I swear @cristiano checked my story. This isn’t a joke or photoshop. Haaaa I don die” 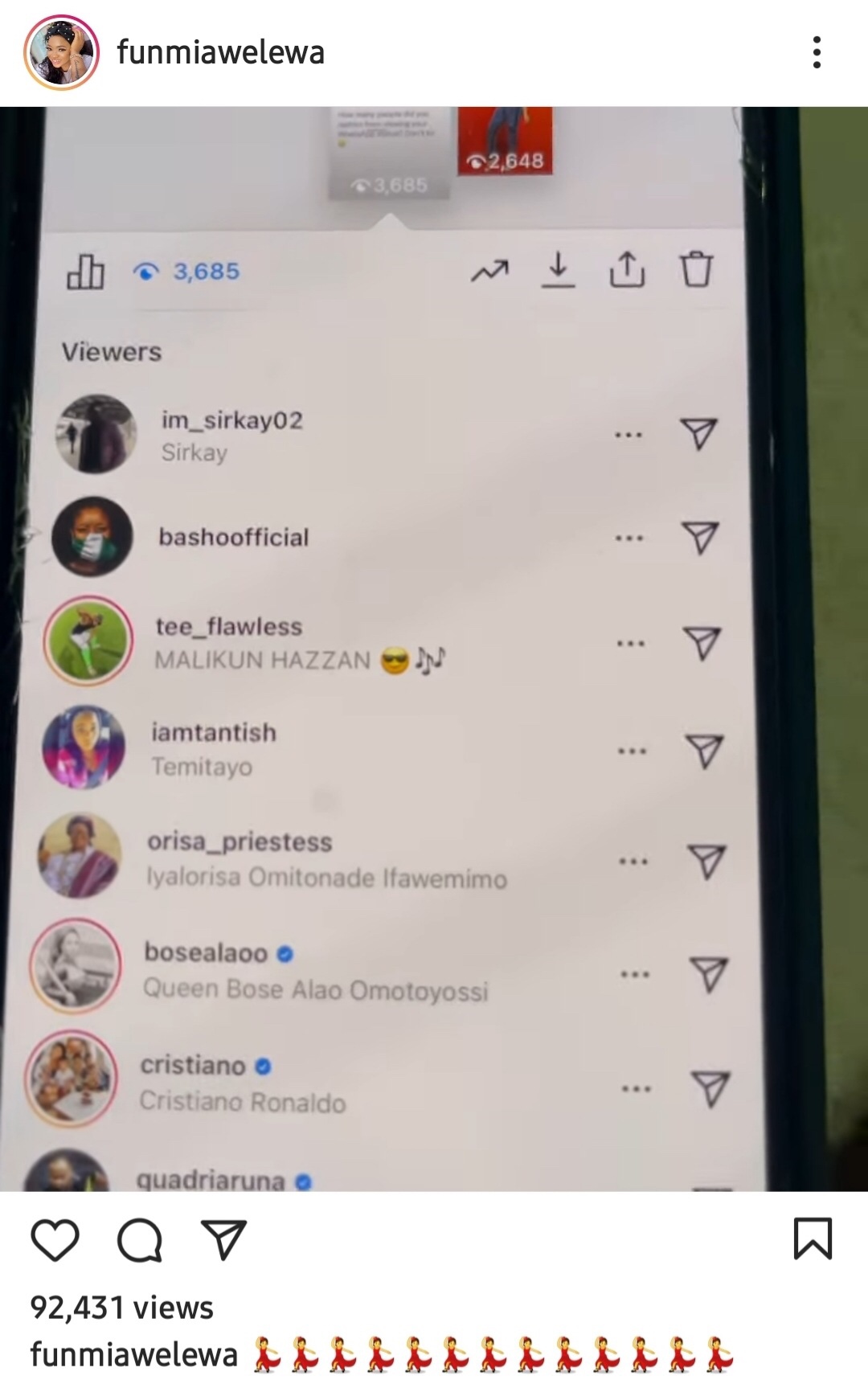 CHECK IT OUT:  Goodluck Jonathan Reacts To The Death Of Fasoranti’s Daughter