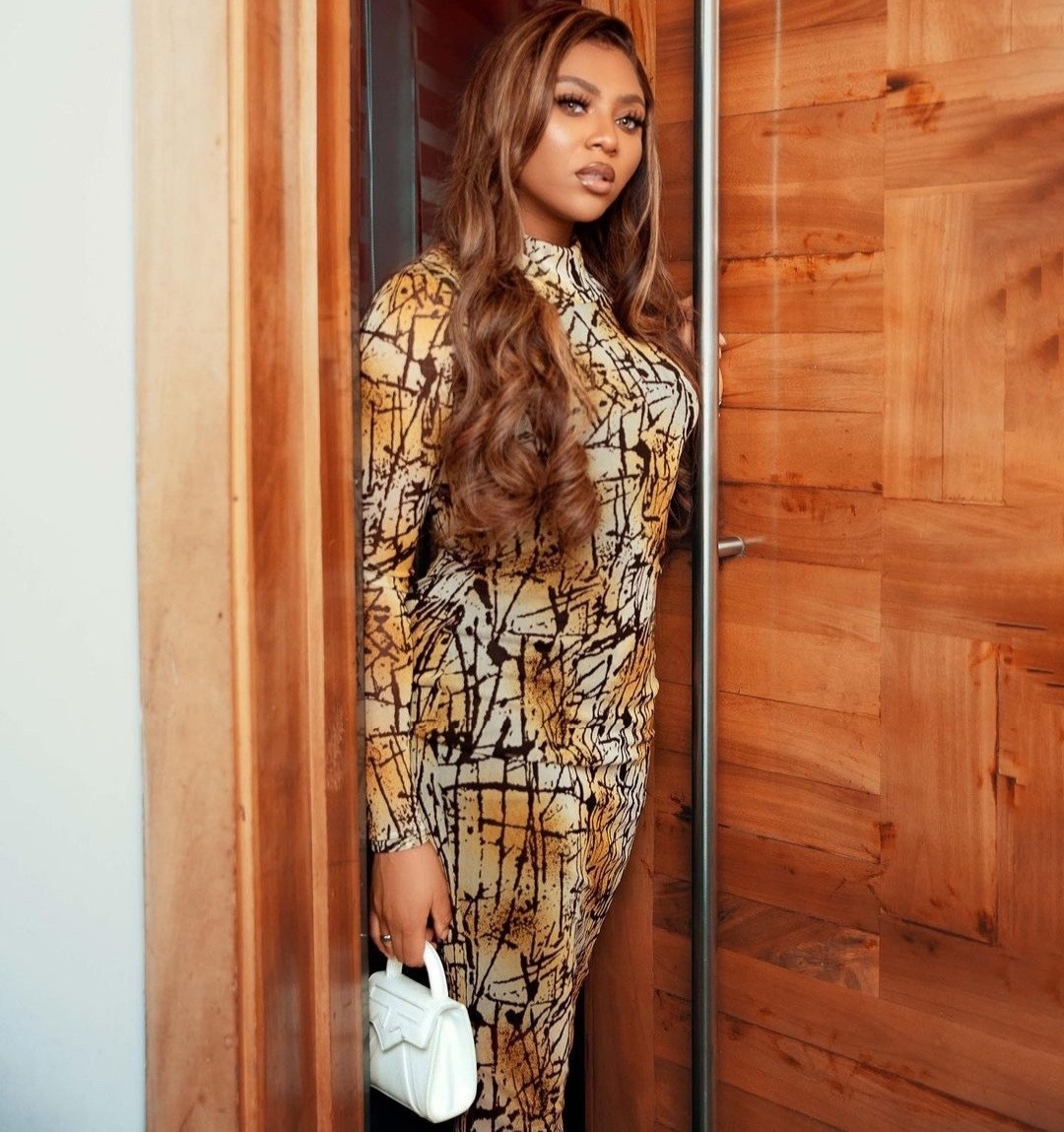 The mother of one stated this while advising a woman who is currently dating a married man and wanted to know if it’s okay to stay loyal to him.

“There is someone out there for you that belongs to you. That man is disloyal. You owe him nothing.” Stephanie said in response.

“But we are not ready for that conversation. Men should also stop being scumbags.” she added. 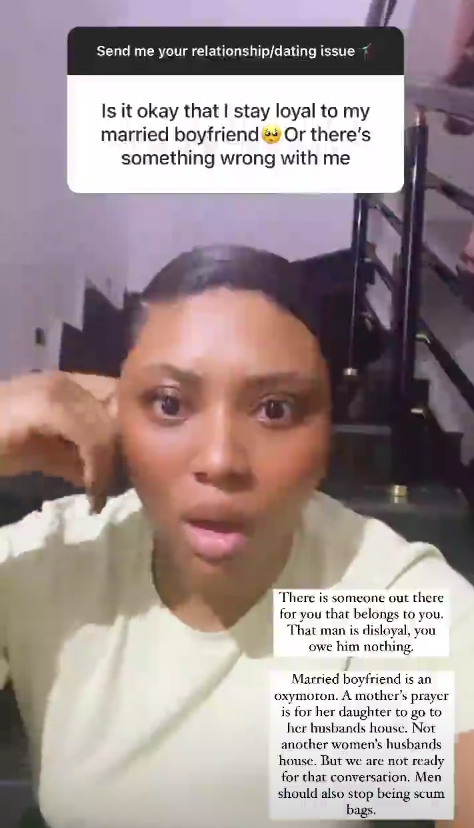 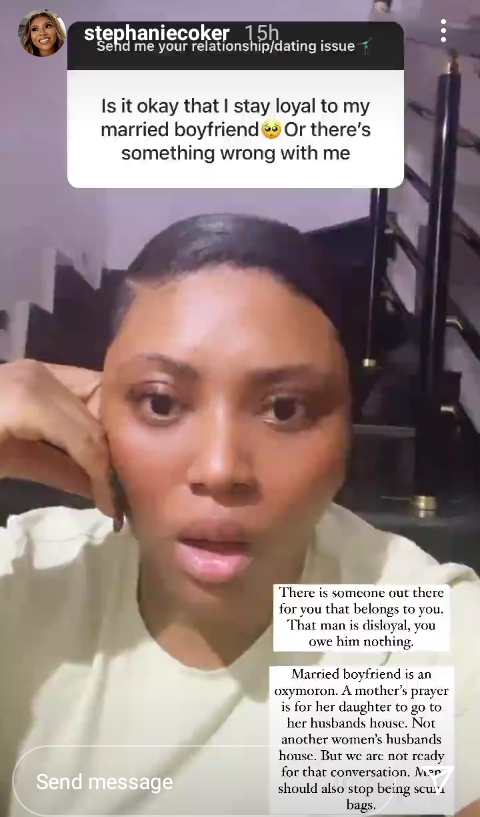 CHECK IT OUT:  Congratulations!!! Famous Gospel Singer Yinka Ayefele And Family Welcomes Triplets In US