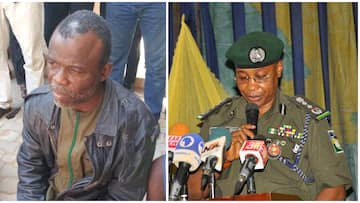 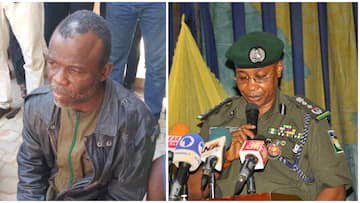 Aminu Baba, a dealer in cars and other vehicles at Aminchi Motors Gusau, Zamfara state, has opened up on his chiliing activities.

The prominent businessman who was arrested by the police last week, confessed eating and selling human parts to some unknown persons.

Daily Trust reported that Baba made the confession when he was paraded by the Edo police commissioner, Ayuba N Elkanah.

The suspect told journalists shortly after he was paraded that he has three wives and 19 children.

It was gathered that the middle-age man was arrested last week over the killing and dismemberment of a 9-year-old boy in Gusau.

According to him, he employed two teenagers to scout for young boys to kill for him. After wards they had done that twice, getting N1million in return.

The suspect, however, remained silent on where he raised the money he used to pay the killers and collaborators in the state.

The post How I Eat Human Organs and Sell Body Parts, Prominent Businessman Confesses After Arrest appeared first on .

CHECK IT OUT:  ‘Sadio Mane Copies Everything I Do’ – Firmino