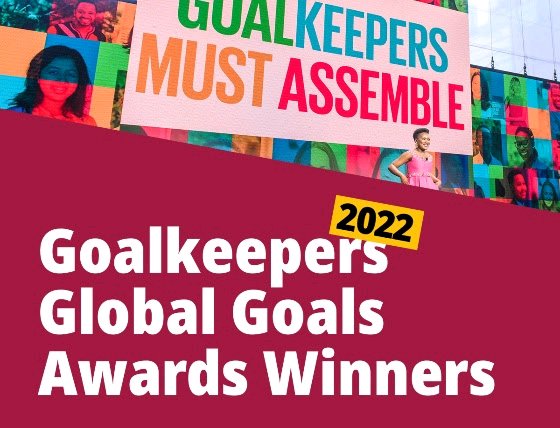 As part of its annual Goalkeepers campaign, the Bill & Melinda Gates Foundation announced the winners of its 2022 Goalkeepers Global Goals Awards. The foundation recognized the work of four remarkable changemakers to advance progress towards the Sustainable Development Goals (SDGs) in their communities and around the world.

The recognised women are: 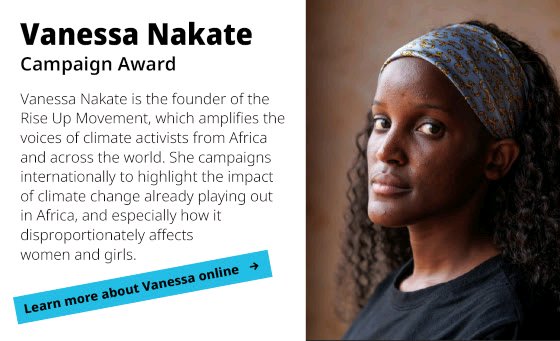 The 2022 Campaign Award, which was presented by Malala Yousafzai, celebrates a campaign that has raised awareness or built a community by inspiring action and creating change. This year’s award was presented to Vanessa Nakate of Uganda for her work to highlight the disproportionate impacts of climate change, bringing much-needed attention to the inequalities that it exacerbates, especially for women and girls in Africa. Nakate is the founder of the Rise Up he Green Schools Project, which addresses energy poverty in rural schools in Uganda using economical and sustainable solutions to equip 24,000 schools with solar panels and eco stoves. Nakate is progressing SDG 4: Education, SDG 5: Gender Equality, SDG 10: Reduced Inequalities, and SDG 13: Climate Action. 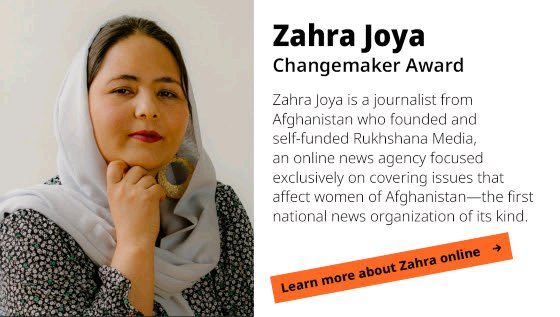 The 2022 Changemaker Award, which was presented by Angelina Jolie, celebrates an individual who has inspired change using personal experience or from a position of leadership. This year’s award was presented to Zahra Joya of Afghanistan for her work to ensure women’s stories in her home country are reported on and reach the attention of the wider public. Joya is the founder of Rukhshana Media, an online news agency focused exclusively on covering issues that affect the women of Afghanistan – the first national news organization of its kind. Joya is progressing SDG 5: Gender Equality and SDG 16: Peace Justice and Strong Institutions.

CHECK IT OUT:  “Buhari Is Incompetent To Compete The Poll” – Atiku And PDP Insists 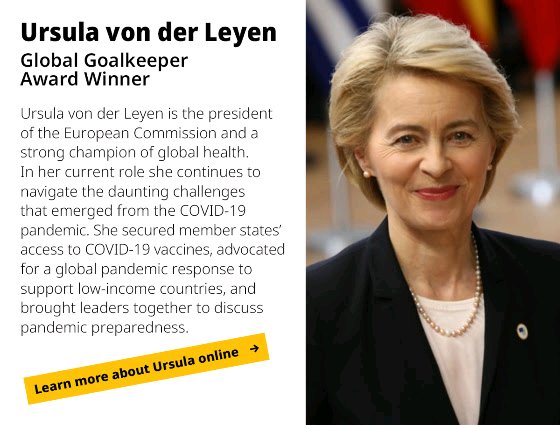 The 2022 Global Goalkeeper Award, which was presented by Bill Gates and Melinda French Gates, recognizes a leader who has driven progress on a global scale toward achieving the Sustainable Development Goals. This year’s award was presented to Ursula von der Leyen, president of the European Commission, who has shown determination in leading both the EU and global response to the COVID-19 pandemic, from crisis management to long-term recovery efforts. A champion of global health and equitable access, von der Leyen was instrumental in the creation of ACT-A, a global collaboration to accelerate development, production, and equitable access to COVID-19 tests, treatments, and vaccines. She also led the efforts of the European Union to support lower-income countries in responding to and recovering from the COVID-19 pandemic, including a commitment of €1 billion from the EU to boost manufacturing capacity in Africa in order to increase access to vaccines, medicines, and health technologies. In June 2020, at the Global Vaccine Summit, von der Leyen also announced a new European Commission’s contribution of €300 million to Gavi, the Vaccine Alliance. This is more than the sum of all previous EU contributions to Gavi. 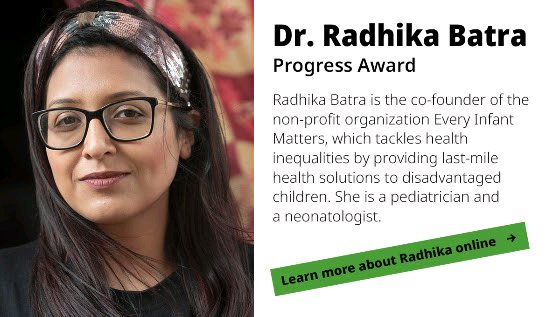 The 2022 Progress Award, which was presented by Lilly Singh, celebrates an individual who supports progress via a science, technology, digital, or business initiative. This year’s award was presented to Dr. Radhika Batra of India for her work to tackle health inequalities by providing last-mile health solutions to disadvantaged children. Batra founded Every Infant Matters when she was working as a resident doctor in a hospital in the slums of New Delhi. Since launching in 2017, the organization has saved 74,173 children from blindness; given prenatal vitamins to more than 40,000 disadvantaged women; and provided education to prevent gender inequality and the stigma of TB, HIV/AIDS, and blindness to more than 65,000 families. Batra is progressing SDG 3: Good Health & Well-Being and SDG 10: Reduced Inequalities.

CHECK IT OUT:  Lai Mohammed Claims President Buhari’s Second Term Inauguration Will Be Behind Closed Doors

The announcement of the Goalkeepers Global Goals Award winners follows last week’s release of the Gates Foundation’s sixth annual Goalkeepers Report, “The Future of Progress,” co-authored by foundation co-chairs Bill Gates and Melinda French Gates. Despite significant setbacks caused by overlapping global crises, the report underscores opportunities to accelerate progress toward ending poverty, fighting inequality, and reducing the impacts of climate change. In their respective essays, French Gates and Gates call for new approaches to achieving gender equality and food security. They also cite dramatic progress in dealing with the HIV/AIDS epidemic—a nearly 60% decline in annual deaths between 2000 and 2020 – as an example of what can happen when the world invests in long-term solutions and innovative approaches to entrenched issues.

Blessing Omakwu, head of Goalkeepers, says “While the world is far from being on track to reach the Global Goals by 2030, there is still cause for optimism. We’ve seen how human ingenuity and innovation can lead to game-changing breakthroughs and progress toward our shared goals, and that’s exactly what we see in this year’s Goalkeepers Global Goals Award winners. Each show us how women are leading the way in coming up with the innovative solutions to move the numbers in the right direction, so that more people can lead healthy and productive lives

Loading... While it still remains sketchy if the governorship election …