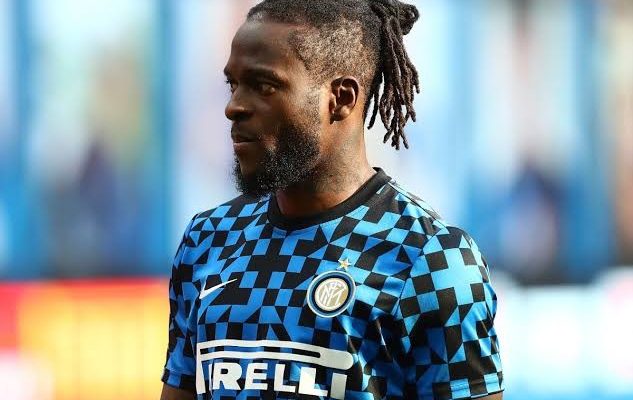 Inter Milan are 90 minutes away from lifting the second most prestigious club trophy on the continent, and the on-loan Chelsea midfielder is confident that Antonio Conte’s men are focused on the task ahead

Nigerian wing-back Victor Moses has sent a warning to Europa League final opponents Sevilla, prophesying that the Italian side will give everything and more to be crowned champions on Friday.

Inter Milan booked their place in the final after crushing Ukrainian giants Shakhtar Donetsk 5-0 three days ago and are the simple favourites heading to their face-off against Sevilla.

But the Spanish side, the tournament’s most successful club, are no pushovers, having won a record five titles.

Inter boss Conte is one of the game’s most tactical gaffers, and Moses believes that the Serie A side will fight and win for their deserving manager.

“He is someone who prepares the games first,” Moses told the InterNews Podcast (via Calciomercato) about Italian tactician, Conte.

“He wants us to give 110% on every game. Then see his reactions during matches, along with those of his staff.

“We want to play and win for him, but in the end we want to enjoy our football.”

Moses played the last few minutes of the massive defeat of Shakhtar Donetsk and will hope to be more involved against Sevilla.

CHECK IT OUT:  NURTW Factions Clash In Lagos, One Killed, Others Injured (Photo)