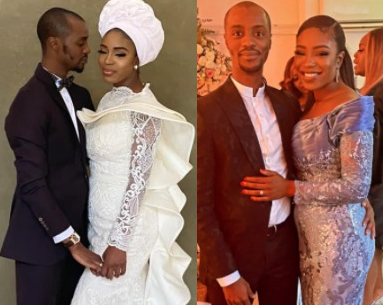 Bashir El-Rufai, son to Kaduna state governor, says he would rather be beheaded than apologies for posting his loved-up photos of himself and his fiancee, Halima Nwakaego Kazaure.

On Wednesday, November 18, Bashir came under attack for sharing loved-up photos of he and Halima who he will be tying the knot with this Saturday, November 21.

Muslims on Twitter claim the photos were inappropriate. Read here.

When one of his followers mentioned that she hopes he doesn’t apologize for the photos, Bashir responded

”I would rather I am beheaded than do that. God forbid. Faceless idiots? Lmao”

The post I would rather be beheaded than apologise’- Bashir El-Rufai tells religious critics appeared first on .